October fifth was the day the Christmas season invaded my life this year. (A bit early you may protest, however, I work in the land of retail.) The moment I stepped into the stock room and spotted a glitter-encrusted reindeer peeking out of a cardboard box, I knew my days would be consumed by the ensuing battle for floor space that plagues seasonal merchandising.

The following weeks I spent entrenched in ever-expanding aisles, creating displays of snowmen, evergreens, and nutcrackers galore. At times, I would take a step back to catch my breath and see how the holiday department was looking. Lackluster it was not. In fact, seventy-five percent of it was coated in a sheen of glitter, chrome, or sequins.

Yet, one area spoke more softly than the glitz that clamored for attention around it. This was the “manor” category, home of all the Christian iconography. Nativity scenes of all sizes and formations were placed here to await impending purchase.

The collections of crèches were not dipped in gilding like most of the secular decorations. Some were carved from olive wood, while others were cast resin with simple paint applications. In comparison to a life-sized, light festooned sleigh complete with jolly St. Nick and eight reindeer, Mary, Joseph, and Jesus looked rather plain. One might argue that they didn’t look festive enough for a season filled with tinsel and bows. But isn’t Jesus the reason we celebrate this time of year?

On Sunday, Dan started the Advent series titled Beyond Expectations with a sermon called “I’m Speechless!” He asked the 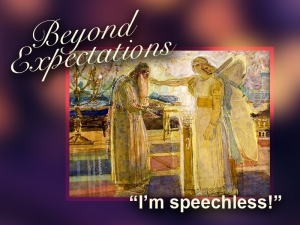 congregation, “Do we go through the motions of advent, or do we have faithful open hearts?” Challenge posed. Am I working like an automaton, or am I finding more joy as we count down the days till Jesus’ birth?

I’ve been living in a dazzling, yet vaguely militaristic, Christmas department for the last two months, building Christmas displays with tactical precision. But where is my heart? Do I need angelic intervention to break the routine I’ve been living?

Help me, Heavenly Father, to celebrate Advent wholeheartedly, with faith in your promise! Remind me that the gift of your Son is more awesome than the most bedazzled of Christmas accoutrements! 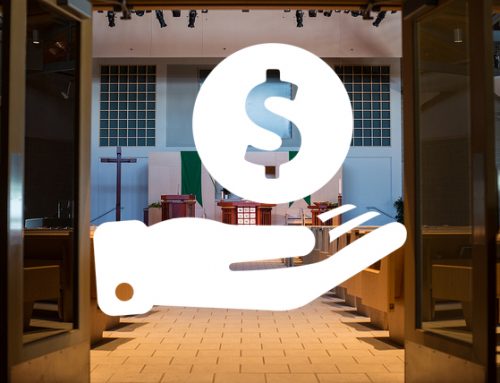 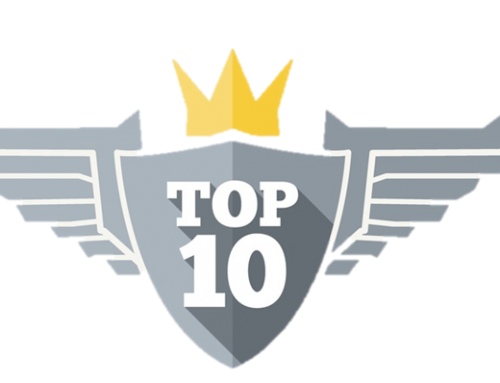 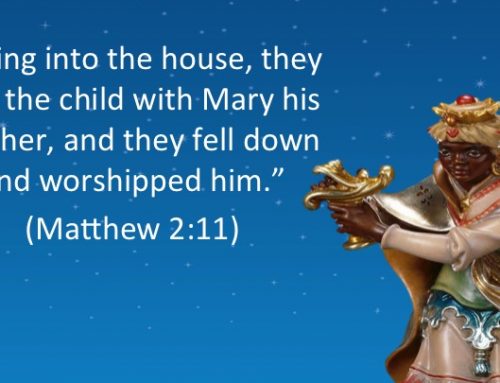